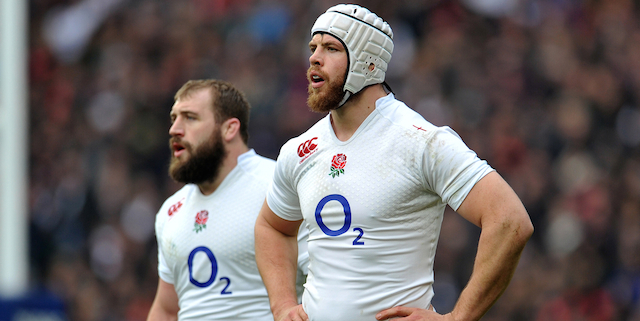 Is Rugby Bad For Your Brain By Paula Ginty

A recent documentary shown on BBC1 explored the possibility of brain damage in rugby players due to constant blows to the head.  Consultant Neuropathologist Willie Stewart has been examining tissue sections from brains post mortem and has found them to show abnormal protein levels, usually associated with head injury or dementia.
Furthermore in Boston, Professor Ann McKee examined the brains of former American footballers and discovered a new kind of dementia, CTE (Chronic Traumatic Encephalopathy).  Her belief is that CTE causes symptoms of a brain injury such as memory loss and personality change.

Concerns about sports-related brain injury have been taken seriously and widely debated in the US, and American football now report a reduction in head injuries due to changes to rules and the introduction of protective head gear. Rugby, however, is seeing an increase in concussions according to World Rugby and RFU (Rugby Football Union) figures.

Dr Stewart, an ex-rugby player, has been examining the risk of problems later in life caused by high impact sports.  Dr Stewart states that the risks would be lower in rugby compared to other high impact sports, such as boxing, but could still be a concern.  The general concern is that players suffering from a concussion are often returning to the game without allowing time to recover.  Not allowing sufficient recovery time increases the risk of a more severe injury, should they receive another blow to the head in a short space of time.  Medical opinion is that the player should be allowed time to fully recover following a concussion, and therefore needs to be removed from the game.  As quoted by Dr Stewart “if in doubt, sit it out”.

After reading articles like this and following the documentary, you could easily be put off playing Rugby and forget the benefits of playing sport altogether. Fitness, achievement, communication, and camaraderie, among other benefits, are why we should be playing sport.  Dr Stewart is already hearing parents quick to say “I wouldn’t let my kids play rugby”.  Bill Beaumont, former Lions team player and current RFU chairman, feels the benefits of playing sport should always be considered when thinking about the element of risk of injury. The RFU Chairman asks “Do the benefits of the game outweigh the chances of you getting a serious sort of illness?” He concludes objectively “Like all things in life, there has to be a balance.”

So, what’s the answer to the initial question posed: “is rugby bad for your brain”?  To be accurate, rugby per se is not bad for your brain, but trauma to your head, whether singular or repeated, can highly likely be.  The way we respond to trauma and whether we try to minimise the potential risks or not, are crucial.  Research indicates that we must change the way we respond to concussion, and head trauma generally, and how we protect the player on pitch in terms of protective head gear.
Obviously we each need to make our individual decision on playing high impact sport, and for many it would be a tragedy not to play.  Many sports such as rugby, ice hockey and American football carry a degree of risk.  Further research carried out by Dr Stewart and other medical professionals in the future will help to determine just how risky playing high impact sports is.

It is clear that we must work much harder to understand and reduce the level of risk, and support players to be able to make informed choices, which means a clear understanding of associated risk. One thing is for sure, the Rugby World Cup 2015 shows us how important sporting events are to our nation and to those around the globe.  The world would surely be a duller place without them.

AT VP Forensic Ltd., we specialise in working with people affected by brain injury.  If you are someone who has been affected or have a loved one in need of care and would like to discuss your/their needs with someone who understands, please call one of our friendly team on 0870 850 4265. www.vpfn.co.uk